Spudguns! it's that time of the month again where I tell you about the group's movie selection and what it inspired me to do.  This month's Foodn'Flix selection was the 1987 film Planes Trains and Automobiles, starring Steve Martin and John Candy. and it was hosted by Amy over at Amy's Cooking Adventures. 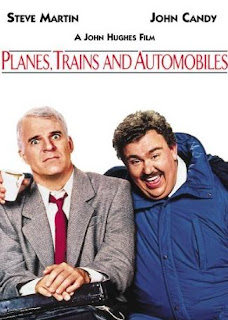 Plot: When an advertising executive is late because of a meeting, his travel plans for the holidays become messed up. By missing a single cab, he gets thrown on this wild road trip with a complete stranger who sells shower curtains. The two of them use any and all means necessary to find a way home for the long weekend. Along the way, they discover what "home" really means.

Okay, so this was a tv edit.  I have to admit, even though I've seen this a few times over the last 30 years and everyone around me likes it, it's never been a favourite. (sister loves it, parents loved it, two ex boyfriends loved it.) So paying attention to the food in it was an interesting adventure for me. And as much as I love movies by both Steve Martin and Canadian icon John Candy, the two of them as a duo just never gelled for me personally.

As Canadian Thanksgiving was back in early October, I was not in any mood to do a Thanksgiving dinner. My original idea was to make candied bacon; but once again, being vegetarian, that was not practical. I've always been intrigued with the fact cranberry sauce seems to be a massive thing in other areas, but not in the area I live. So I knew I wanted to make something with cranberries. What I ended up with, was a cranberry figgy duff and sauce.  This is a boiled pudding done in a draw string bag. 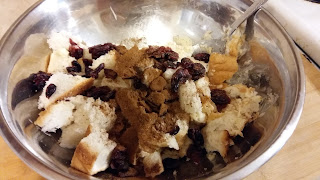 Soak the bread in water for about 45 minutes, squeeze out as much of the liquid as possible.

Add the rest of the ingredients, mix together, 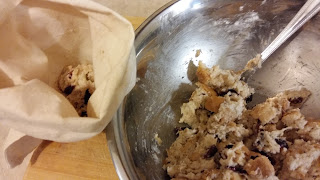 spoon into the pudding bag, and boil for about 2 hours. 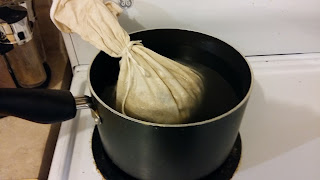 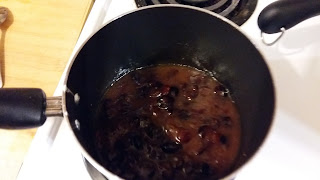 simmer on low heat for about 10 minutes, until the sauce is thick. 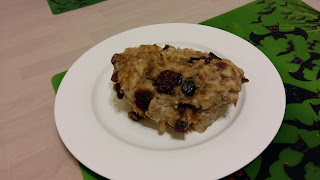 What I love about this is that it can be served as a side dish; in which case you would forgo the sweet sauce and serve it with a brown gravy instead. But here I chose to serve it as a dessert with the sweeter cranberry sauce. 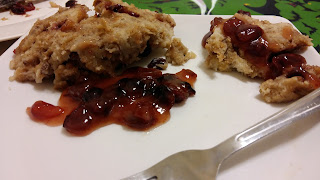 That's about all I've got for you today, but don't forget, the group will be back next month with another movie selection. Next month, we're watching Clueless and it's being hosted by Heather over at All Roads Lead to the Kitchen.

Posted by Domestic and Damned at 12:29 PM