What that Movie Inspired Oct 2018

Spudguns!,  I've got one of the very long awaited recipes for the season. Inspired by the Munsters, I give you "Lily's Black Widow Tea".

This is inspired mostly by the 1996 movie Munster's Scary Little Christmas and the scene where Lily is offering Santa a cup of tea; which to his horror is made from the venom of black widow spiders. But, throughout the series Lily Munster was often heard talking about a nice cup of black widow's tea. This has been brewing in the back of my mind for months, and to be honest, it took me awhile to get the flavours right. 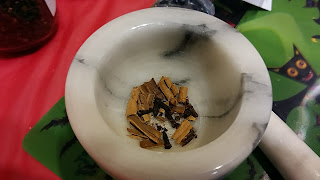 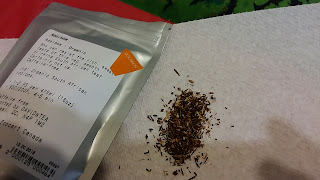 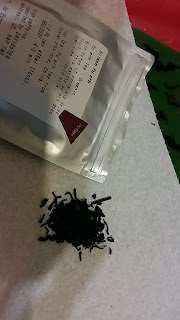 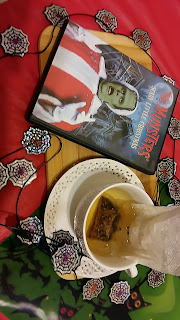 Let it steep for 8 minutes. That will allow it to get a nice dark colour to it.

What you end up with is a rich spicy tea, that leaves a bit of a kick in your throat from the peppercorns; much in the flavour of a gingerbread.

As I said, it took me a long while to get the flavour combination right, as there were a few failed attempts with other loose leaf teas as the base note. Some were too bitter, some too sweet, others overpowered the rest of the ingredients.

That's it for the moment. I've got a few other recipes coming at you in a few days. 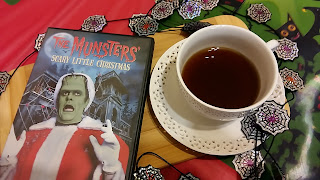 Posted by Domestic and Damned at 6:28 PM