Spudguns!, time for another What that Movie Inspired Me to Do, post. And as the title says, it's another Charmed inspired post.  I teamed up once again with my friend Heather from All Roads Lead to the Kitchen. We each picked a CW tv show for this challenge, me with my Charmed, her with a Supernatural inspired one.

I once again, jumped back and forth between two episodes; one from the original Charmed, and one from the remake.  The common factor in this one, how the girls feel about their roles, identities, and how others see them...and cookies.

In Lost and Bound,  Phoebe begins having doubts about getting married, and after finding their grandmother's ring, she begins to transform into the character of Samantha from her favourite show Bewitched.  Meanwhile, Piper and Leo are arguing about binding the powers of the baby they plan on having, while also helping a young firestarter.

In "Sweet Tooth", the girls are trying to find a demon who is possessing a girl on campus, during Hallowe'en. They learn that sugar will react with the chemistry of the demon's dna, and begin to hand out cookies to everyone. During their Hallowe'en party, they not only learn the identity of the demon, they learn some harsh lessons about how they see themselves.

I decided to make a batch of walnut chocolate chip cookies. I used the recipe on page 766 of The Joy of Cooking, as my basic recipe. I left out one ingredient and replaced another. 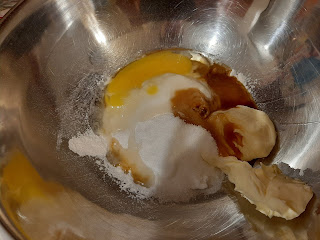 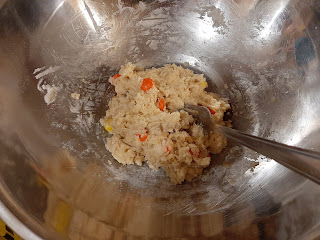 Mix all together, spoon onto greased cookie sheet, and bake at 375degrees for 8-12 minutes depending on your oven.

The original recipe called for brown sugar as well as regular, and regular chocolate chips. But I'm not a fan of super sweet so I left the brown sugar out and added extra vanilla.
That's about all I have for you tonight. I don't know about you, but I'm looking forward to Season 2 of the Charmed remake starting this weekend. And if you haven't already, swing by All Roads Lead to the Kitchen, and see what Heather has for her Supernatural recipe. 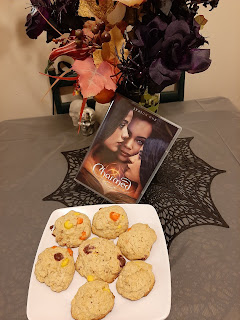 Posted by Domestic and Damned at 11:56 PM