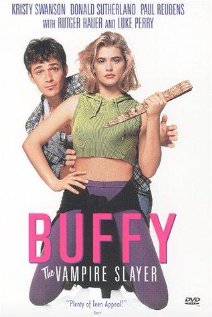 The movie that started it all.  Campy, cheesy though never meant to be, but still one of the funniest cult vampire films ever.

I was in high school when this film first came out, and all I can say is that it summed up many of the elements of our lives at that time.


What do I think I learned from this film?
At the core of the movie, the theme is rising above where you think you are, and finding the courage to be independent. To take responsibility even when you might not think that you are ready for the task.
Posted by Domestic and Damned at 8:23 AM