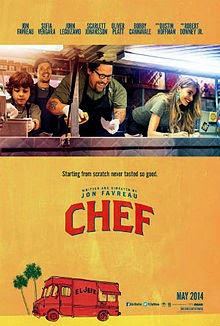 This month's Food n Flix selection is the movie Chef   and is being hosted by Culinary Adventures with Camilla.


I originally talked about this last fall (Year 3 Day 120)

plot: After getting a bad review by a food critic, Carl quits his job and starts a public fight with the critic. After it ends up on the internet, he decides to go on a vacation with his son and ex-wife. Along the way, he buys a food truck and hires his best friend to help him.  The three guys, then spend a few weeks driving across country in the truck, creating the foods they love and earning a large fan base.

This is a 2014 film starring Jon Favreau and John Leguizamo.

There is one scene where they go to a bbq place, and you can see the transition from "movie" to "documentary" for that five minutes of footage.

I watched this online, so you'll notice a lack of the dvd cover in photos.

I decided to make carrot and red pepper soup, grilled cheese and "sugar-balls".

The soup and sandwich was pretty much a given, but the sugar-balls popped into my head with the scene where John Leguizamo dumps cornstarch down his pants... thought was in my head and you know me, I couldn't pass this one up. 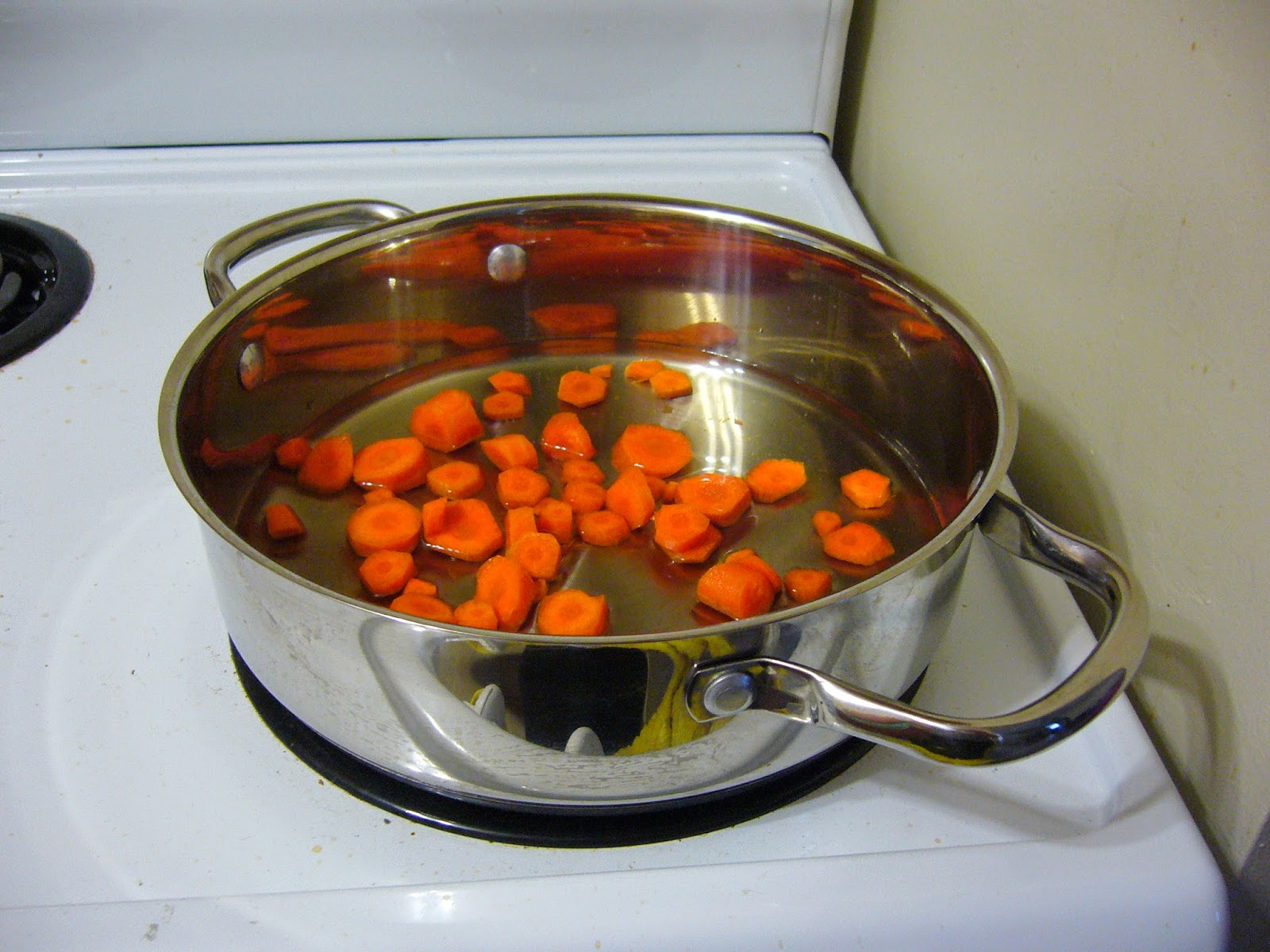 Boil the carrots until tender, drain,
Roast the pepper for 45 minutes or till skin has started to blacken, peel the skin, then chop and remove the seeds.
Cook onion and garlic in oil until onion is see-through, add to pot with carrots, red pepper, garam masala, and salt.
Cover with water, and simmer 15 minutes
Add tomato paste, milk and black pepper, stir and simmer another 15 minutes

after the first photo of the carrots, I sort of got caught up with the making the donuts and forgot to take photos of the rest of the soup...and I was watching Bold and the Beautiful so distracted... 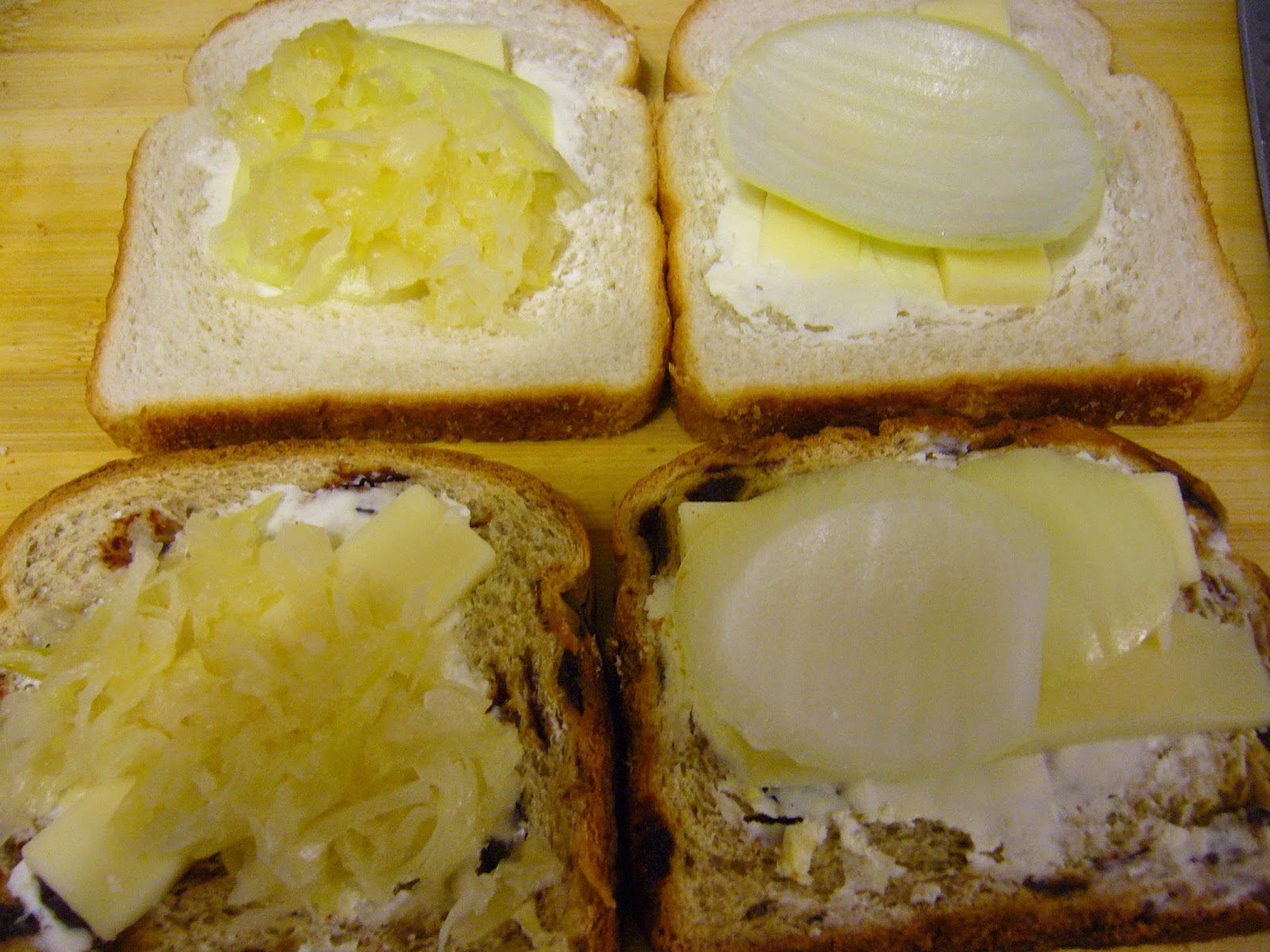 Spread the cream cheese on the bread, add two slices of the monterey jack, then the uncooked onion, layer the sauerkraut over, add two more slices of monterey jack.   Grill in butter as normal. 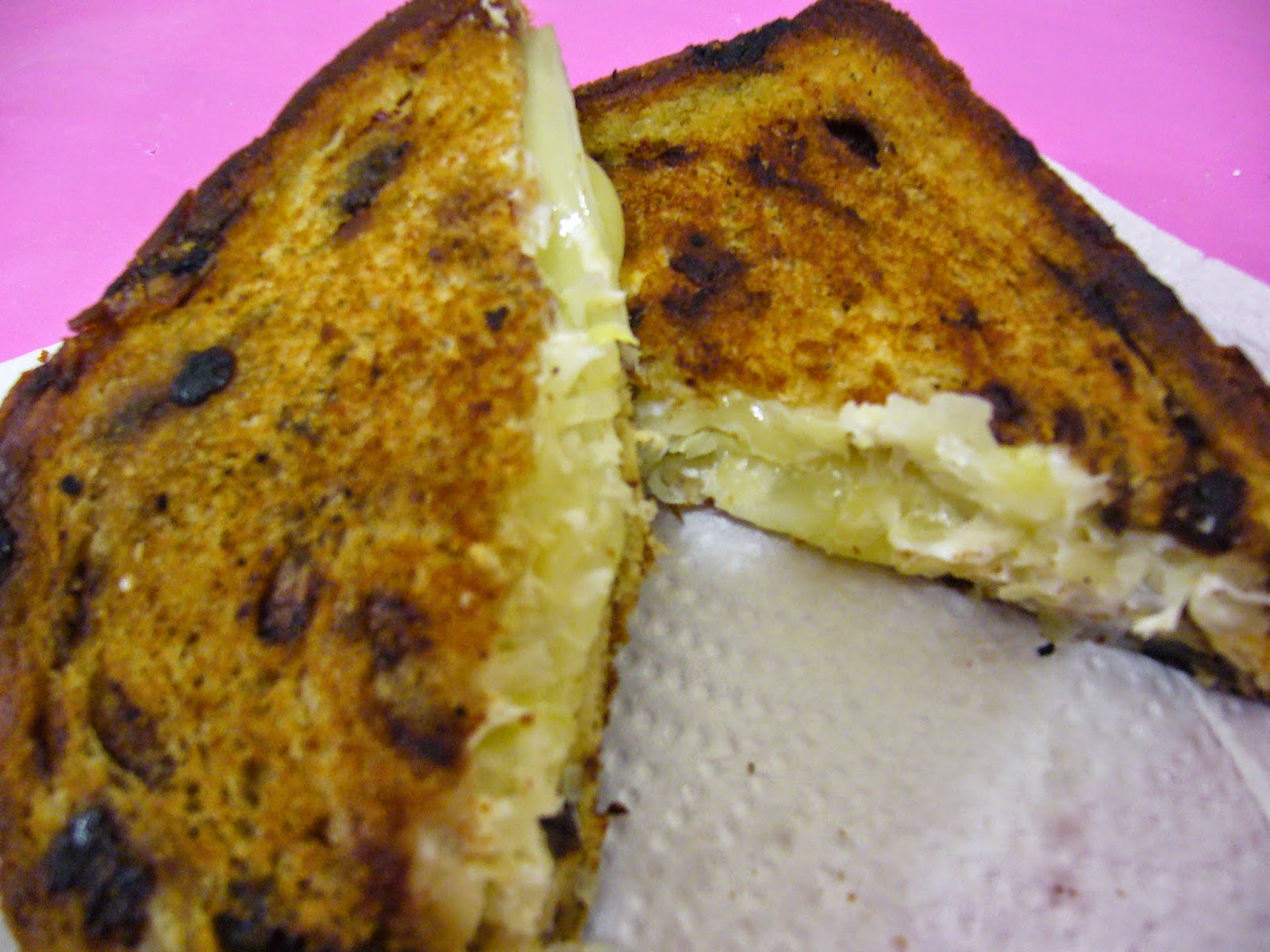 I have to admit, I've never tried making donuts before so this was an interesting challenge in itself.
I went with a cake donut for this. 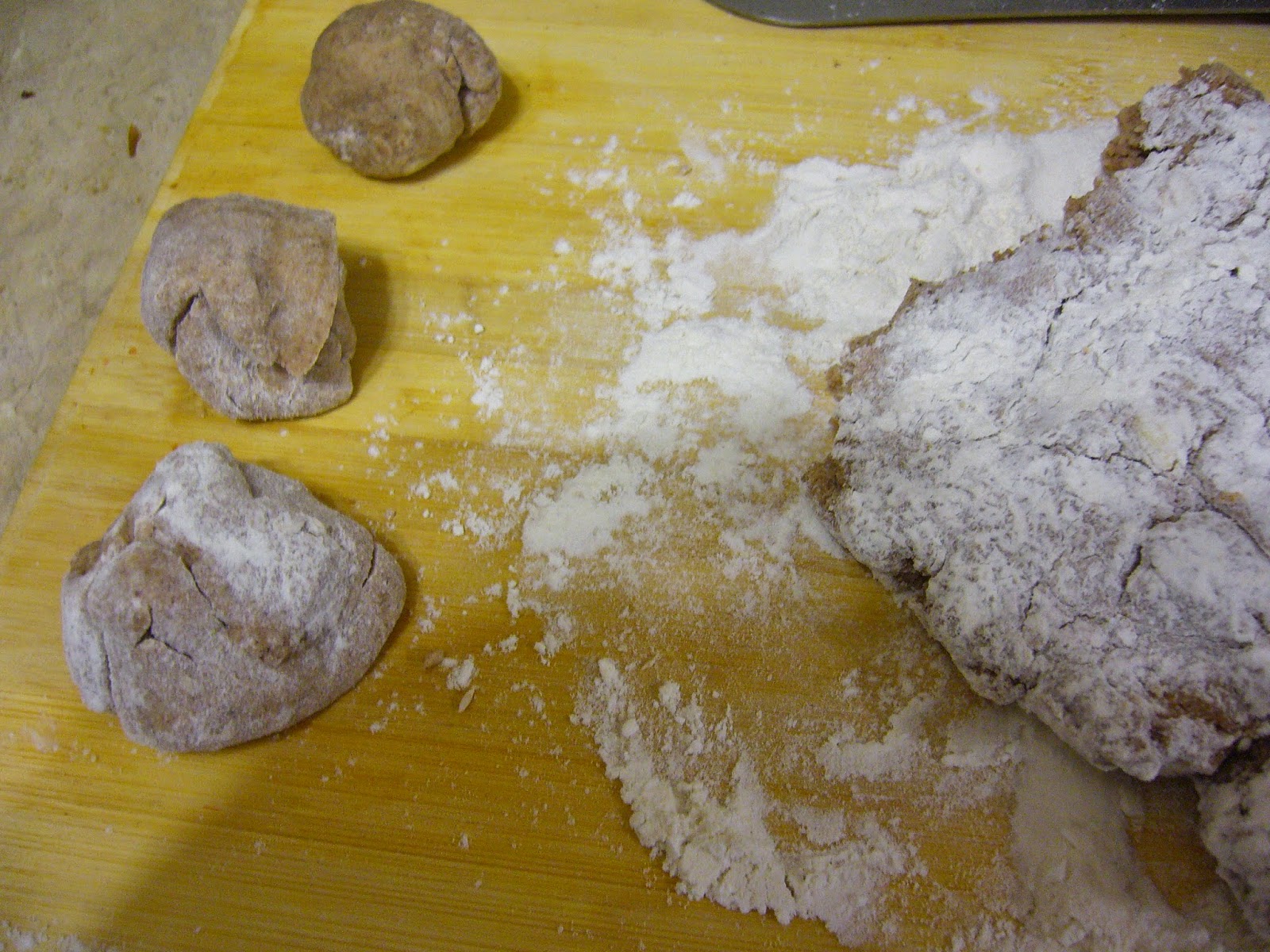 Mix dry ingredients together, making a well for the egg, milk, vanilla, and butter.  Mix well, then refrigerate for 1 hour.

Roll out on floured board, then shape.   Oil should be at medium-high for frying.  Drop into hot oil, cook 3 minutes per side, drain on paper towel,  cool only till you can handle them,  Roll in icing sugar 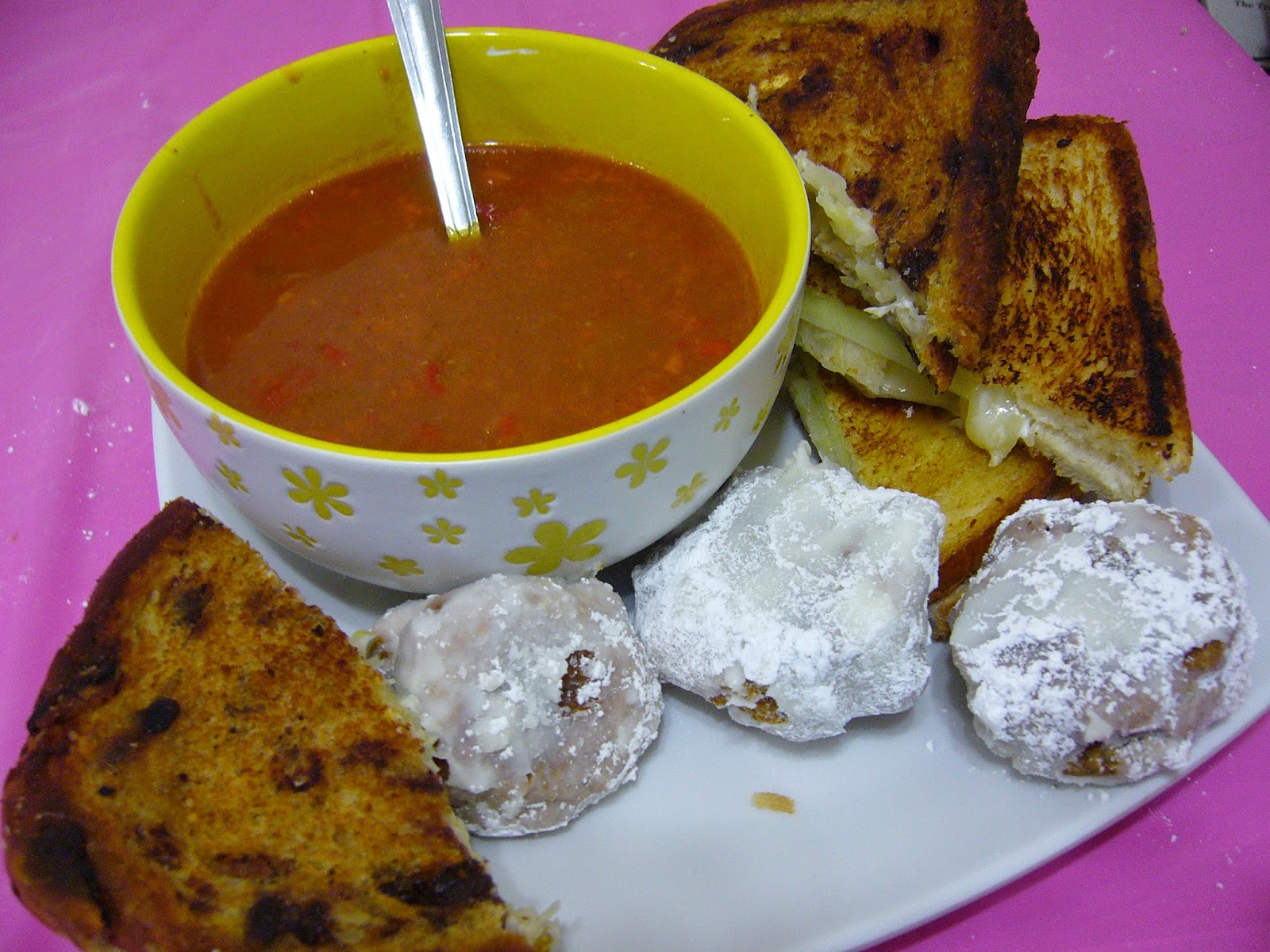 Once again...not as pretty as I would have liked, but classic comfort food you just want to have while curled up watching this movie.

Posted by Domestic and Damned at 5:47 PM