I decided after months of drooling over the pies on Girlichef's blog (now renamed All Roads lead to the Kitchen) that I would join in this one time.  See, once a month on the last Friday, Heather makes a pie and encourages people to join in the blogging baked fun. And every time I see a new pie recipe, I end up craving it for days afterwards...and wanting a Supernatural marathon...( her icon)
At first, I was thinking same old same old with the idea of going right to Twilight for an apple pie or Monster Squad for a cherry pie connection. But, done that before on here with my first vampire dinner. Then there is the indie movie Vampie, but, that sounds worse then it is. (it's a comedy, low low budget but a comedy with just a hint of Vampire-Masquerade. I'll cover it some other time)  Then I thought about doing a savory pie and connecting it to Sweeney Todd by doing a vegetarian meatless meat pie. (all selections would have kept with the Hallowe'en theme for this month) Meanwhile,
I couldn't get the line from the episode of Buffy the Vampire Slayer out of my head  "a ritual sacrifice with pie" (season 4 episode "Pangs") but again, that lead me to think of Thanksgiving, not Hallowe'en.

But Twin Peaks did. If you've never seen the show or the movie Fire Walk With Me, then you might not get the creepy factor. (dude I still don't watch it at night or with the lights off) But, if you have seen them, then you know having a "piece of pie and some damn fine coffee" was a theme that ran rampant throughout. 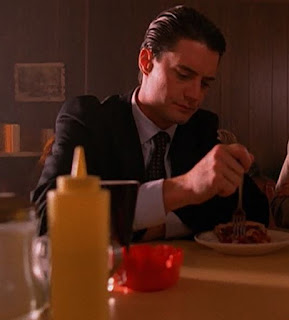 So once the movie/show connection was figured out, I had to decide what kind of pie.  Cherry pie was the main flavour throughout the series, and the character of Audrey Horne was connected to the whole cherry motif with the knot trick and her outfits. Meanwhile, the character of  Laura Palmer was suppose to be as "wholesome" as apple pie. That got me thinking about how some apples are tart while others are sweeter.
So this is my Twin Peaks "sweet-tart" (get it sweetheart) pie.  An apple-cherry. 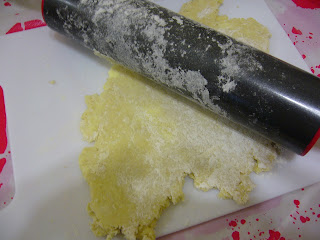 This makes two crusts, a top and bottom style.

Mix flour, sugar, salt, pepper, in a bowl
Add the milk and lemon juice mixture,
Add butter, blend till it's like little pebbles

Chill for about 45 minutes

Divide dough, rolling out enough for a bottom crust, and one for a top crust 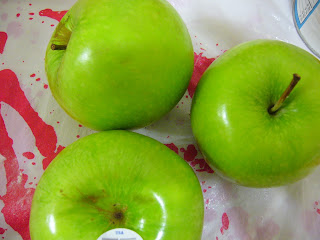 layer apples on the bottom crust, sprinkle cinnamon, then layer the cherry pie filling
then add the top crust,

bake at 350degrees for 60 minutes depending on your oven 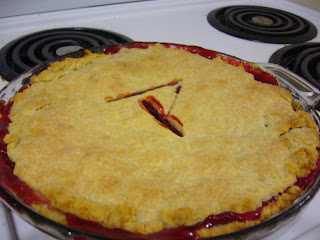 And my crust exploded just a bit on the edges.

I had wanted the cherry element to be black cherries, but was unable to find any, so canned cherries had to do.
This actually was a plus, as I did not need to add any extra sugar that I would have had to otherwise. 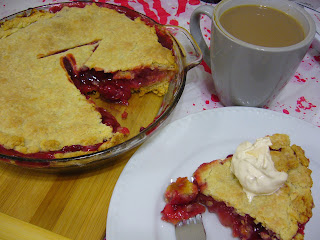 Posted by Domestic and Damned at 7:01 AM