What that movie inspired me to do #4 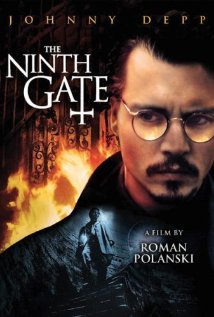 This is one of my all time favourite movies.

Johnny Depp is by far my all time favourite actor, and Roman Polanksi is right up there as far as director's go.

Well, as you can guess, I'm not the only one who adores this film. So many people have dedicated big chunks of their time, energy, and money to the research of the movie and the original book  it's based on;  Club Dumas 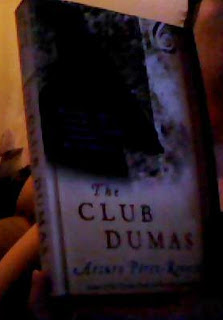 There are so many articles online written about the hidden meanings of the images in this movie, that it's almost become a cult within itself.

This film has lead me to be inspired to do a few things.  The most obvious being to track down a copy of the book. {yeah my webcam isn't the best}

Another not so obvious, is to track down a copy of Don Quixote.  If you're asking why, then you haven't seen the film.   Don Quixote plays a few major parts in the fabric of this movie.

And the "project" part of the project... I discovered a few websites that show how to make copies of the prop book from the film.
I'm going to try my hand at making my own... I'll let you know how it goes in the coming weeks, good bad or otherwise.

Till later...
Posted by Domestic and Damned at 2:47 PM