The One Movie a Day Challenge part- 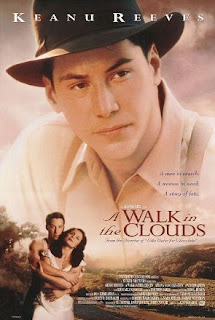 plot: After meeting by chance, a man decides to help a stranger out with her over protective father.

The lead character is a chocolate salesman, going cross country with a briefcase of them. It's set in the 1940's, and that works with the ideas/values that the father has.  Which is marriage before sex/baby and he needs to approve the guy first.

Can I right off say, one "box of chocolates" that aren't technically in a "box" that is being manhandled as buddy travels across country. How is that a good idea? He's got one sample of each, and they are in a hot briefcase. Just saying.

I got the feeling through the first half that the grandfather sort of knew they weren't together-together, but decided to accept the idea anyways. Hence, why he sabotaged the guy from leaving by eating all the chocolate and showing him the little rooted branch, therefore giving him exactly what the main character wanted. A way out of his current situation and well; "roots".

okay, I thought the grape dancing frolicking nymph scene was just retarded. Though Dionysus would be proud.

And I've never understood the appeal of scenes in movies/tv where they have them singing under the window at night? That's not romantic, that's crazy stalker guy.

what did I think I learned? Sometimes, you don't know what you are really searching for till it walks in and pukes on you

Okay, so by the fact I'm so damned late in the month with my creation, you can tell this wasn't the easiest for me. I had nothing. It didn't grab me like some other movies have in the past, which considering it's Keanu Reeves, that's pretty shocking.  My first reaction was duck breast, but I couldn't sell my mother on the idea no matter how much I tried, and since she's the one who would have been eating it, that ended up being a no go.  I literally sat around all month thinking I was going to have to back out this month because it was driving me nut-balls.

Then, I started thinking about the plot again and some of the underlining scenes. The basis is he's unhappy in his current marriage and meets this stranger who's just been dumped because she's pregnant. So they form an agreement that he will pretend to be the husband her family has yet to met, and then go off for a job never to return. And he gives her a ring. Sort of. It's the candy wrapper from one of his uber expensive chocolates.

The golden ring.  Catching where I'm tossing this? I decided to make Papa Don't Preach Onion Rings.  And I've never bothered to make onion rings from scratch before. 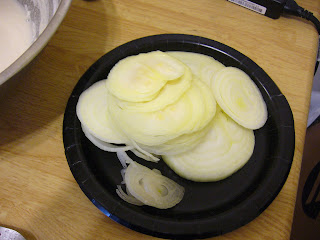 Grab one large onion, slicing it, and separate the rings,
Coat them in flour, set aside 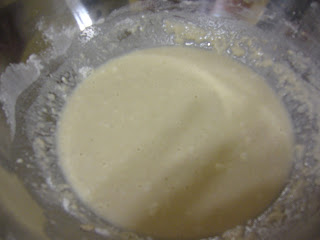 mix, make sure the batter is just a little thinner then pancake batter but still on the thicker side.

dredge the onions into the batter, 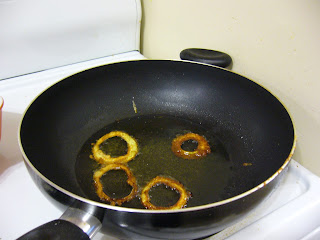 Let cook roughly 4 minutes a side if you need to flip them, 8 minutes without flipping if you're lucky enough to have a deep enough pan,

as you can see, simple. Little time consuming specially since this was my first attempt.

You can add any spices to the batter you want, but I went super super simple with these. 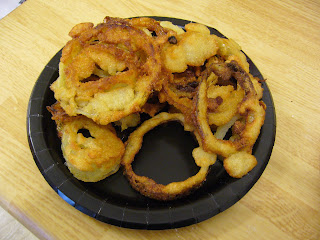 Posted by Domestic and Damned at 8:12 PM