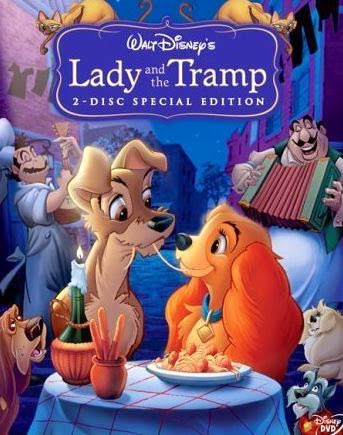 February's Food n Flix  movie pick is the 1955 Disney cartoon, and it's being hosted by Lawstudent's Cookbook.

plot: Lady is brought home as an x-mas gift from a young husband for his wife, and ends up being pampered. That is until the young couple have their first baby, and suddenly Lady finds herself being forgotten. Her two best friends, Jock and Trusty who live on her quiet little street in the homes next door, begin to feel sorry for her. That is until Tramp shows up one morning. Tramp, is a ownerless dog who's best trick seems to be running away from the dog catcher, and surviving on his wits. Seeing that Lady is feeling forgotten, he talks her into running way with him, only to have her captured by the dog catcher.


Okay you know what, I know this is a "classic" and we all grew up with it, but after re-watching it, I sort of have nothing nice to say about it.  I loved this when I was a kid, but as a woman in my 40's, it made me cringe.
It's this big classic love story about two souls from opposite ends of the social scale, who find love against all odds. Beautiful sentiment, but...I just wanted to slap her and tell her to wake up that he's a dink.

So that's the review part as cynical as it is, now to the food part.

What I went with was... Cabbage and Potatoes.  There is a scene about midway through the movie where Tramp is fighting off three wild hounds to protect Lady, and while battling; they knock over barrels of potatoes and cabbage. I could not get this scene out of my head. I then wrestled with how to prepare them. At first, I was thinking doing a boiled dinner, and simply dropping them in a pot of salt water with some carrots and turnip, but changed my mind. I knew I didn't want to tackle cabbage rolls or scalloped potatoes, nor did I want to fall back on a soup.
What I ended up with was a quick chunky cut potato salad and sauteed cabbage with onions. 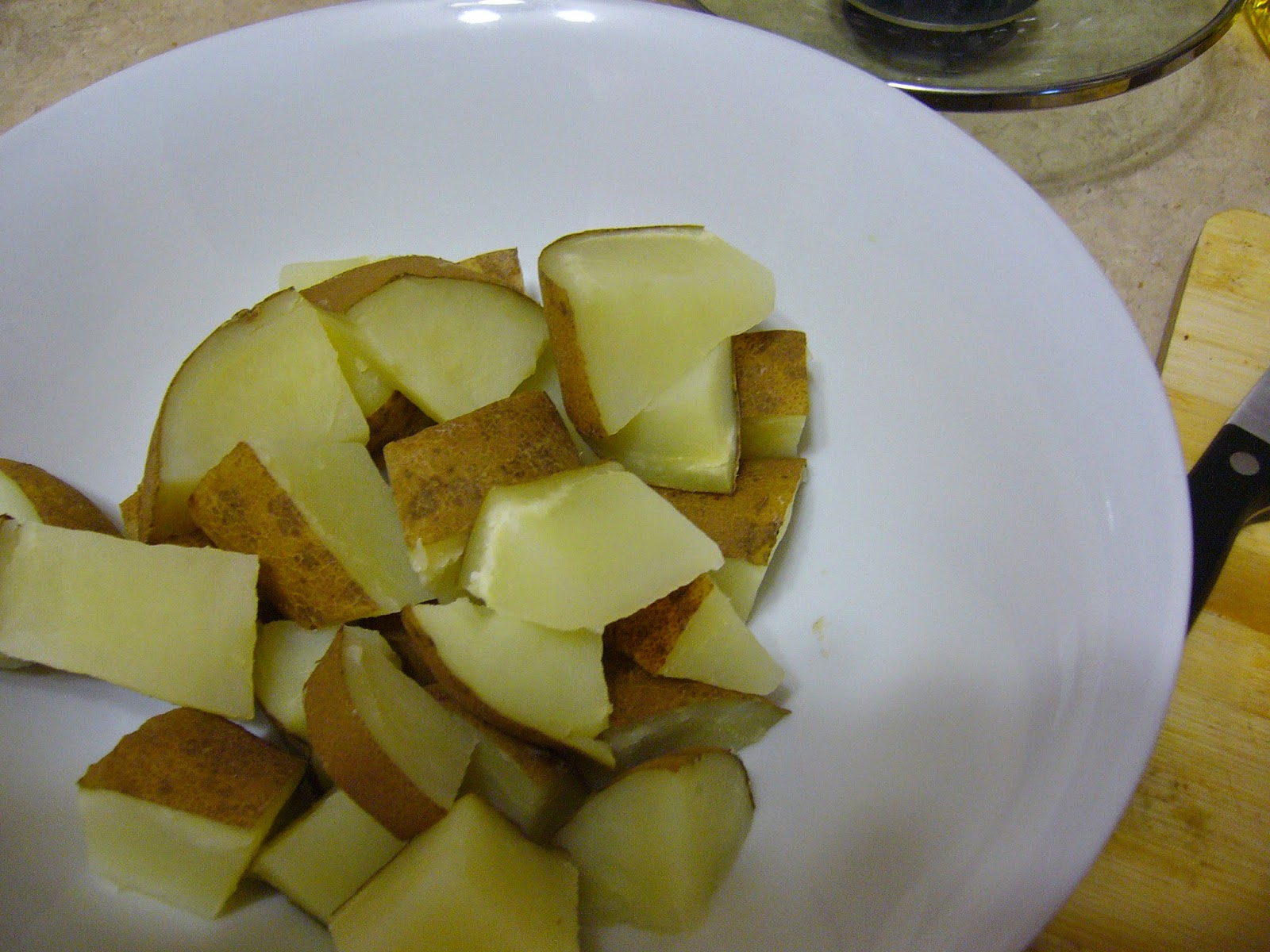 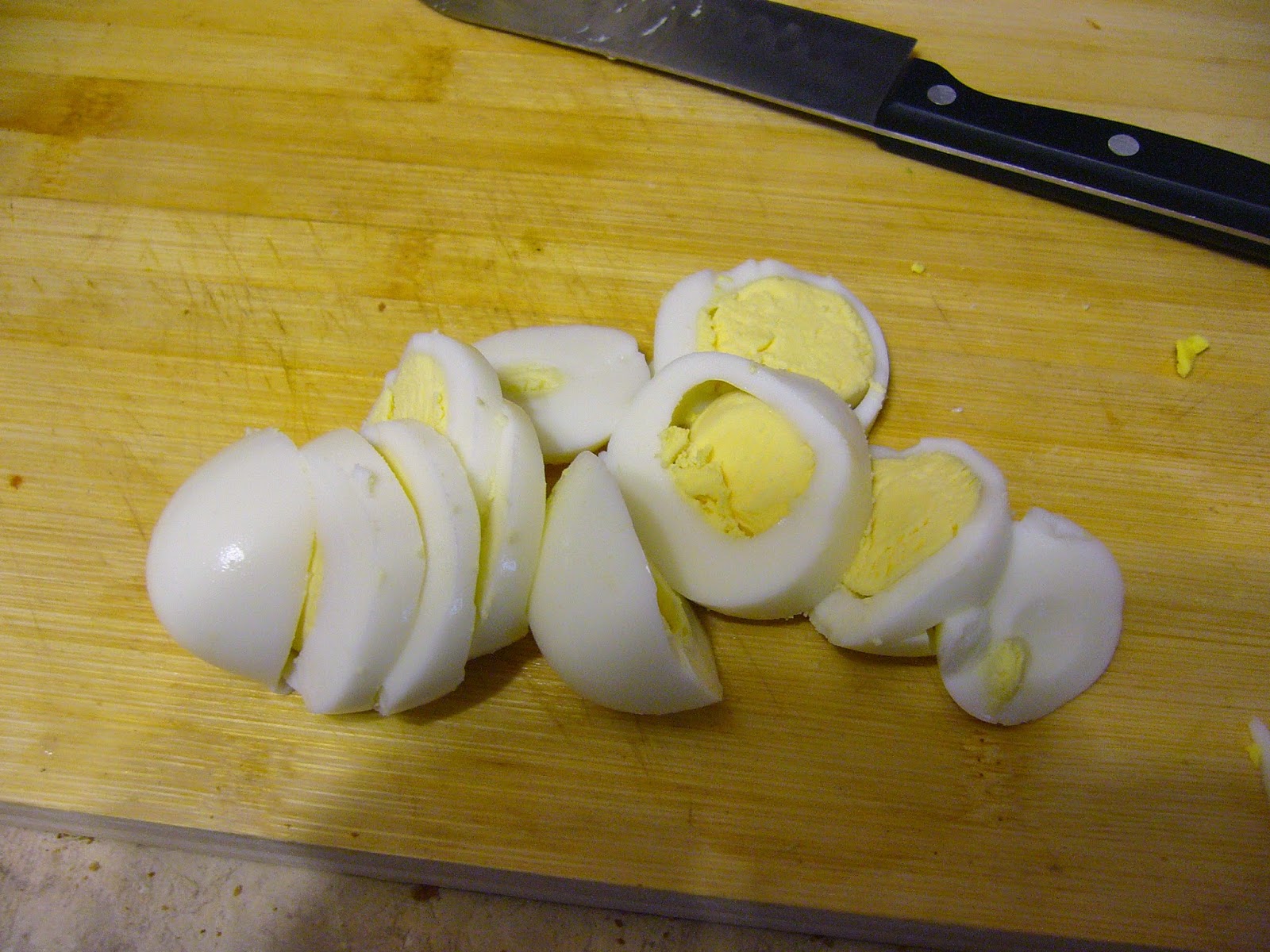 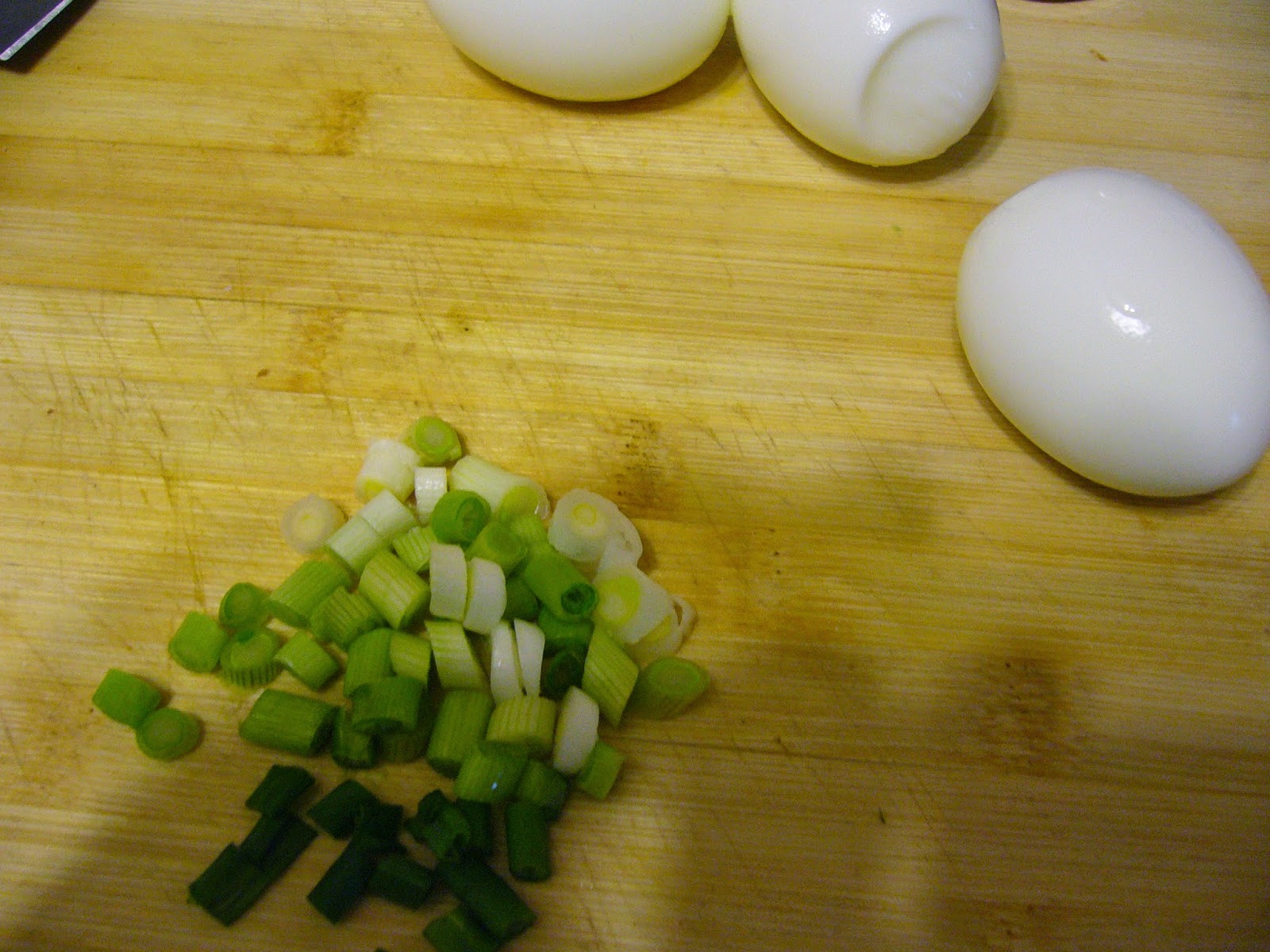 I would like to say that I did something fancy, but it was a really basic recipe.

The cabbage I just ripped into small pieces and boiled in salt water for about ten minutes, while I rough chopped in strips an onion. Sauteing the onion in about a tablespoon of butter. Draining the cabbage, I added it to the onion and sauteed for about ten minutes.
I had full intentions to get photos of the sauteing but, I got interrupted by a phone call.

I had this for dinner with some left over veggie-meatless-meatloaf.

Okay, so once again not the prettiest dish on the planet, but very tasty.


Okay my lovely Spudguns!, I promise one of these times I will do something a bit more dressed up and fancy. 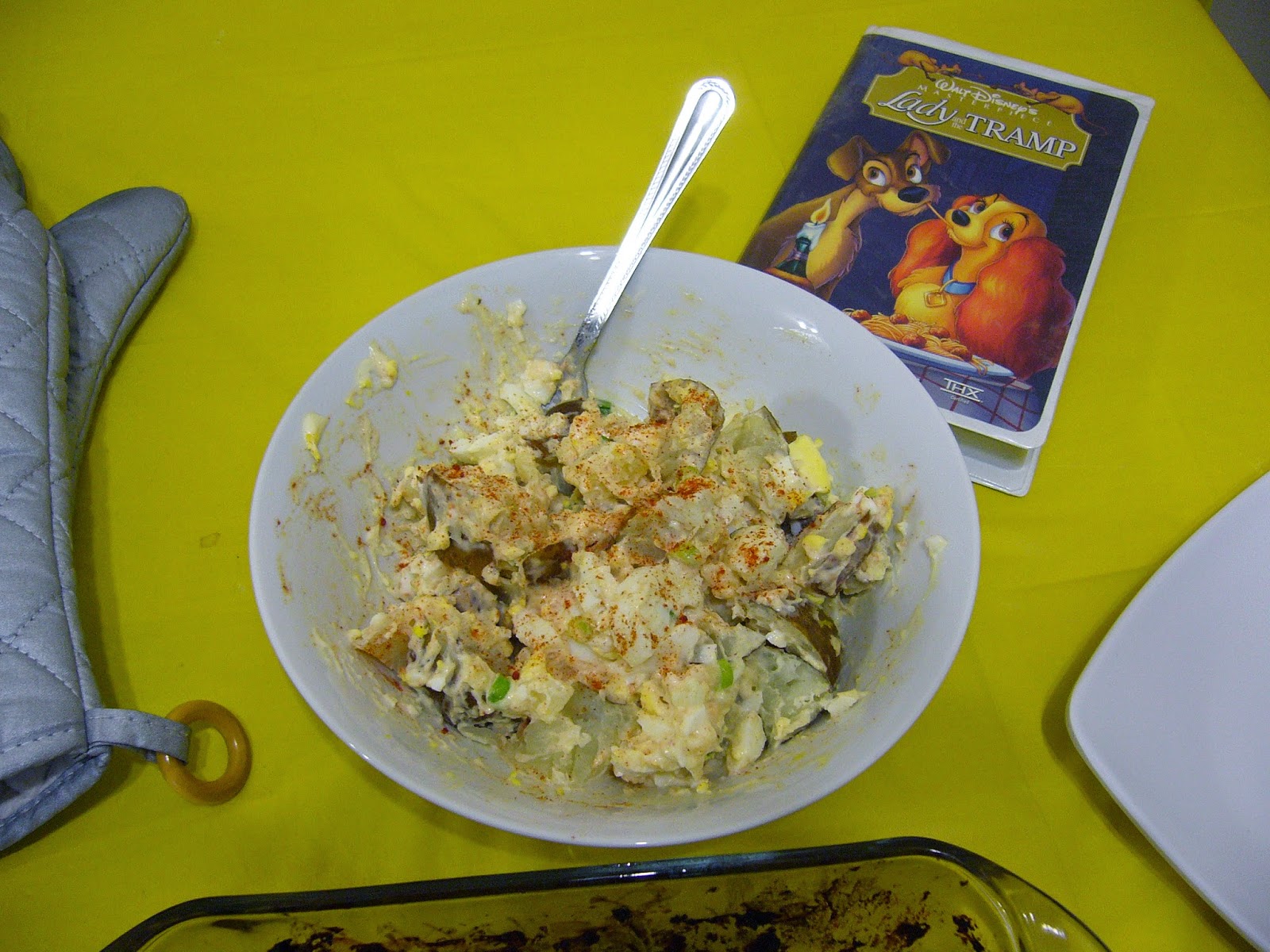 I know this was a bit rushed today, and I was thinking about redoing it, but I've had one issue after another with the whole Mercury in Retrograde...from the internet being out for almost a whole day, to the cable box resetting itself every half hour on the hour for like a day straight, to something I have cooked a hundred times deciding yesterday to explode in my oven nearly setting the oven on fire.
This last week has kicked my arse every time I try to do anything.
I swear the universe triple power bombed me and followed it up with a curb stomp... 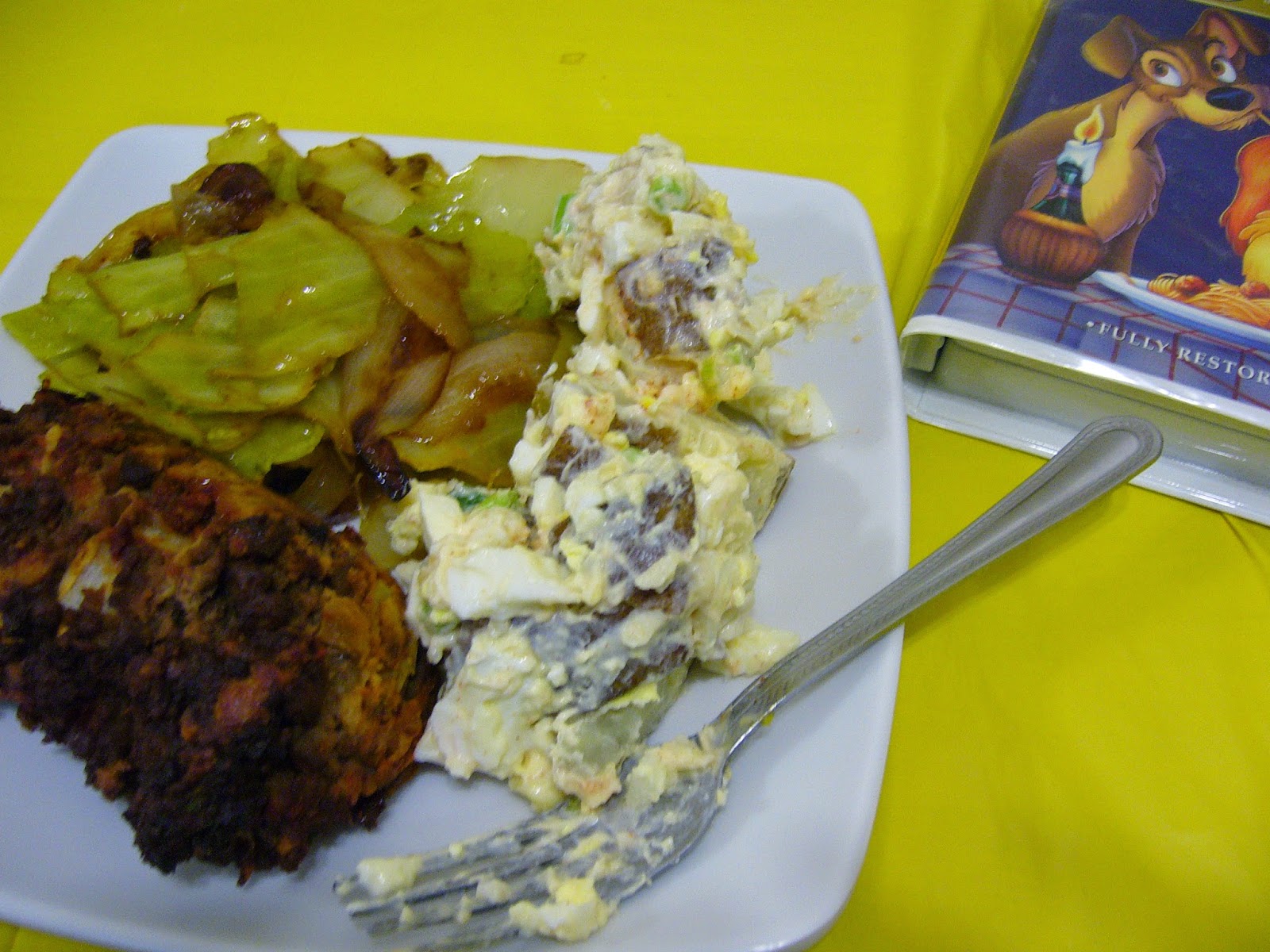 No, you are not seeing things, that is a VHS TAPE copy that I have of the movie.


Posted by Domestic and Damned at 9:50 PM