Spudguns! It's that time once again, where I head to the kitchen and come up with something for the Food n'Flix group. This month's selection was the 1995 Clueless, and it is being hosted by Heather at All Roads Lead to the Kitchen.

Plot: Cher is the most popular girl at her school, and has decided to play matchmaker for her friends. When she fails to set up her friends Tai and Elton, she learns Elton is refusing  the match because in his mind, Tai isn't popular enough. Cher then moves onward, helping two of her teachers get together, while hoping to catch the eye of the new guy in school Christian. When that also falls apart on her, she is faced with the realization that she's in love with someone else, and ends up in a jealous situation as Tai also falls for the same guy.

So I've actually talked about this a few times over the years; notable when I did my All Jane Austen series few years ago.  Yes, for those who don't know, Clueless is a remake of Jane Austen's Emma. And, I have to say one of the better ones.

Some of the notable elements from Emma that are used are : the wardrobe. We see empress high waists, large hats, corset cut tops, feathers on cuffs and collars.  The Mr. Martin character. In the original story, he's a farmer; here he's the hapless stoner who "farms pot".  The Frank Churchill character, who in the original story has a secret fiancee. Here, his morphed into Christian, and is made into a gay man, removing any elements of being "the bad guy" when his flirtation turns out to be not so plainly upfront.   The Elton character is basically the same. He's all about status and finding a rich girlfriend. Josh, is the Mr. Knightley character. Tai of course being the Harriet character.

Because the Cher character is wealthy (as Emma is in the original story) she's allowed the luxury of not needing to worry about finding a husband herself, and therefore able to play matchmaker for her friends, as well as the charity work she does eventually end up doing.

I made tea. Yeah, tea. There is a scene where Cher is making tea for her dad, and goes to the window pulling a fresh citrus fruit off the tree and adds it to the cup. Throughout the film, there are comments about pampering yourself, being decadent and relaxing. I don't know what says relaxing more than a cup of tea.  We also see the teachers having a cup of coffee together when Cher is matchmaking for them. 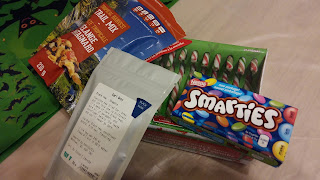 I decided to pull from some of the "mentioned" candy/snacks as much as the idea that its a remake of a Jane Austen, and tea scenes are a common element in JA.

I started by crushing up some candy canes. Then added the Earl Grey, in loose leaf. 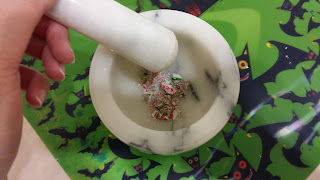 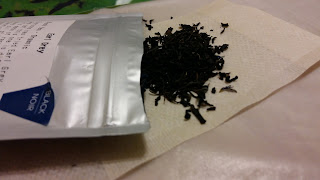 In the film, they mention M&M's, as well as we see chocolates in general. I decided to go with Smarties, as the coating is a bit on the sweeter side than M&M's. 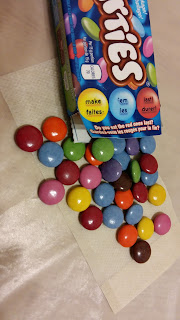 I harvested some dried papaya and coconut from the trail mix. Crushed everything, mixing it all together. 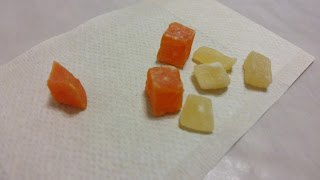 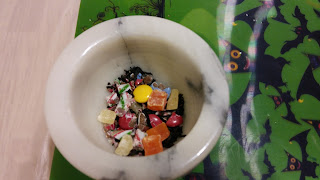 I decided that tea time needed some cookies to go with it, so I made a quick basic sugar cookie with some of the crushed candy cane. 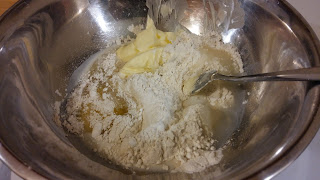 form into a large ball, and pop into refrigerator for 45 minutes, then roll out to desired thickness, sprinkle in crushed candy cane, roll out once more and if desired, use cookie cutters.

Bake for 12 minutes depending on your oven at 400degrees 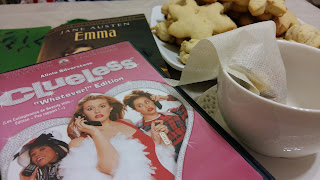 But back to the main thing, the tea.

Here, once I had it crushed and mixed, I simply placed it into a filter, and added the hot water. I let it steep for about 3 minutes. 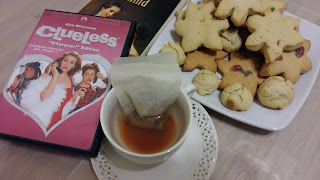 I found that the dried papaya and coconut, lent to a natural enough sweetness, that I did not need to add any extra sugar.

There was just enough mint from the candy canes so that it was not overpowering, and the chocolate undertones blended perfectly with the Earl Grey. 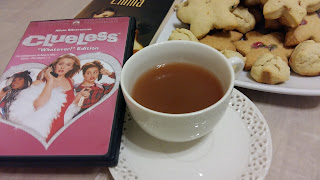 That's about all I have to offer this time around, but don't forget to join us in 2018 for more dinner and movie ideas. January kicks off with the movie Wreck-It-Ralph, and is being hosted by Amy at Amy's Cooking Adventures.

Posted by Domestic and Damned at 8:24 PM