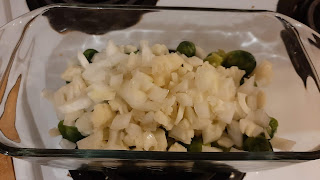 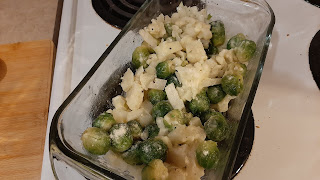 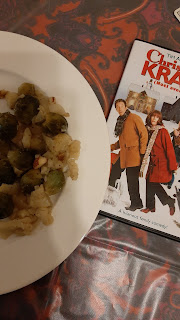 plot: When a doctor takes a job in a remote area of Alaska, she begins to wonder if she's really landed at the North Pole and if the man she's dating could actually be Santa Claus Jr. ?

So this is one of the Hallmark movie. One of just a million they seem to produce every single year to no end.  I have to say, I've seen a ton of these over the last couple of years, and this is one of the better ones. It's not too overly sappy, nor is it too preachy.  It's just the right amount of fluff.

It starts out like so many seem to this decade, a strong willed business/successful woman who's love life is not as desired, who needs to reinvent herself. Cut to, the job of a lifetime that seems to slip through our heroine's fingers, causing her to take anything she can which leads her to the middle of nowhere. And of course then it's the traditional fish out of water theme for a few clicks before she settles into the coziness of the town's pace.

Yes, I said I liked this one. You know when you see Bure as the lead that it's going to be a little lighter than some of the other Hallmark movies, not that I've ever seen one get "dark" really; but you also know it's not going to get overly sappy either. There's always a sense of "what if" with the roles she seems to take on. That leads almost to a fantasy element.

As the movie progresses, we see her thrown into the heart of the story; she's actually landed at the North Pole and Santa's workshop village. Which doesn't really seem to cause her any strife. She almost seems to accept the idea too willingly.  Add to that, she finds herself then dating the son of Santa. It's a Hallmark movie, so I'm not spoiling anything by saying that the whole thing gets a happy ever ho-ho-ho, as she decides being the next Mrs Claus wouldn't be so bad.

The over all theme of this isn't really new as we saw a similar story in the Merry In-Laws, and Becoming Santa.  As someone who's not a big xmas person, I could sit through this one again.

Posted by Domestic and Damned at 12:26 PM No comments:

plot: When the holiday hits the town of Whoville, everyone gets a little bit crazy, as the mayor has informed them to make everything three times larger than previous years. This is bad news for the Grinch, who just wants a quiet holiday. Deciding he must stop the festival, he hatches a plan to steal everyone's xmas related things. Meanwhile, a local group of kids decide to stay up late and capture Santa. Unknown to them, they accidentally trap the Grinch instead.

Okay, so if you've been following me for any amount of time, you know I don't celebrate winter holidays, so for me to sit down and watch an xmas movie something is going on. In this case I was looking for something for the upcoming Foodn'Flix.  I actually ended up liking this new version of the story.

The characters in this new version of The Grinch have more depth and they are fleshed out a lot more than previous versions. You get to know the kids in the neighbourhood as characters this time around with personalities which is something previous versions didn't really do.  And the addition of the reindeer buddy was cute.  I found myself giggling at the scenes of the Grinch, his dog and the reindeer thinking they'd make a great buddy comedy.  Which, is basically what this boils down to be. An animated buddy comedy with some over the top slapstick gags. Which, are actually funny.

I think this version is smart, witty and likeable.   Though, ironically, I decided not to go with this for Foodn'Flix, it's got a ton of food scenes.

The moral of the story hasn't really changed, the Grinch unwittingly reminds everyone the lesson that having tons of stuff isn't the point of the holidays, or the point of anything really. The rest of the town seem to bounce back from their "loss" easily as if it never happened.

I will say this about the film though, you almost get a sense that the producers/directors wanted to give the Grinch a romance because they point out more than a few times that the lady down the road is a single mom.  That would have been an interesting twist I think.

Posted by Domestic and Damned at 1:42 PM No comments: