What that Movie Inspired #78

Spudguns!, I mentioned back nearly two months ago, I had done a recipe inspired by a vampire movie. I had decided to hold off on posting because I really wanted to add it to the Hallowe'en stuff. That and I was trying to turn it into a video. Sadly for me, the video end of it just didn't  come together.

The movie in question is Underworld 2 Evolution. The scene where Michael goes into the tavern and orders food, refusing to believe he's been turned into a hybrid vampire. The tavern owner puts a plate of boiled potatoes and cabbage down in front of him.

Since I had already done potatoes and cabbage for a Foodn'Flix back few years ago, I went with another potato combination. Perogies and onions.

Sort of.  I stumbled across a few recipes on the Kraft Canada website for variations of perogi lasagna. 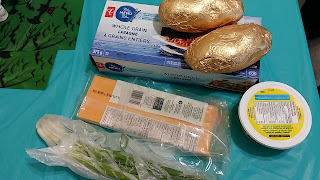 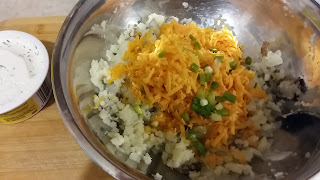 Bake for about an hour at 350 degrees
depending on your oven.

The original recipe called for bacon, but I left that out given I'm vegetarian. If you do that, you should add a little butter or milk to your potatoes, because this will become extremely dry without the bacon. 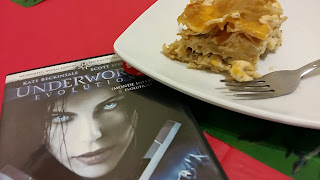 Posted by Domestic and Damned at 8:41 AM