I decided to do my 5 top favourite birthday scenes from movies, cause well...you know.

1. Happy Birthday To Me.   It has one of the most ruthless party scenes at the end of this film. How would you like to come home to find your half sister had dug up your friends and family members, just before cutting the cake?

2. Twilight Saga 2 New Moon.  Bella gets a paper cut and Jasper destroys the living room, including the piano, when he attacks her at the smell of the blood.  That was one gift the girl who runs with vampires didn't want. 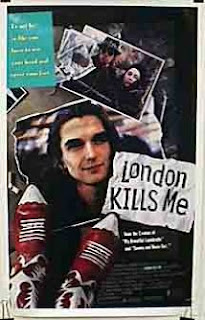 3. London Kills Me.  There is a scene in this film where the lead character is standing around in the alley after having been beat up, and just starts screaming and crying that it's his birthday.  It gets me every time, like a total wimp and I just cry. You can't help but feel for the character.

4. Alice in Wonderland.  The tea party.  Okay, so it's an un-birthday, but it's got the coolest song. Who doesn't like a bit of butter in their watch and a fresh cup?

5. Bridget Jones's Diary.  The dinner party she throws for her
friends where she turns the soup blue because of a piece of string, and then Daniel shows up starting a fight with Mark. It spills out into the street, and into the restaurant across the street, into someone else's birthday party.