Hey hey hey hey... it's that time again. Where Heather over on All Roads Lead to the Kitchen, has her monthly segment, Friday Pie Day. And once again I've decided to join her. You can check out her version of a Twin Peak's inspired pie (here) 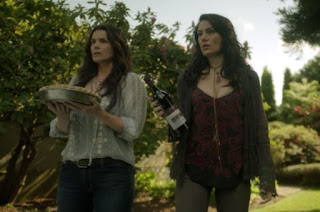 I pulled my inspiration this month from one of my favourite tv shows, The Witches of East End.  (worst thing they did was cancel it! Damn it, I want a season 3)
Episode 2 from season 2 "The Son also Rises" (episode 12 of the series). We see the mom, Joanna and the aunt, Wendy offering a pie and wine to neighbour Dash. Joanna added truth root to it, making it a truth spell. And Wendy calls it magick pie. 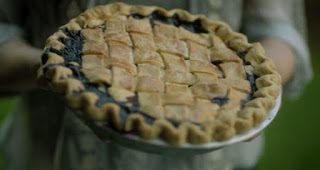 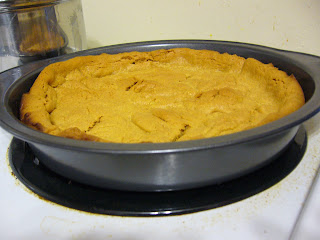 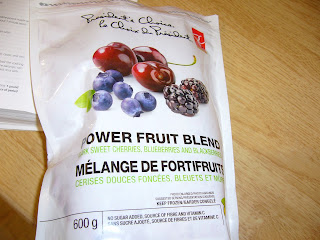 chill for half hour
form to pan,
bake at 325 degrees for roughly 30 minutes depending on your oven

I used a frozen mix of blackberries, black cherries and blueberries.

I made the "jam" by a simple reduction of the frozen fruit and 2 cups sugar. Because they were frozen, I did not have to add any extra liquid. 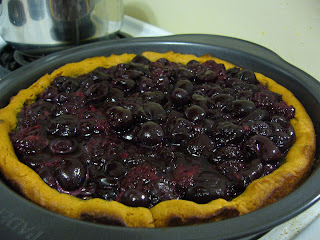 Boil on high, then lower heat to medium and let simmer for 45 minutes.

Let cool before adding to the crust.


Maybe not enough to waggle the deepest darkest secrets out of your warlock neighbours, but simple and comforting enough to enchant someone to chat over coffee and pie. 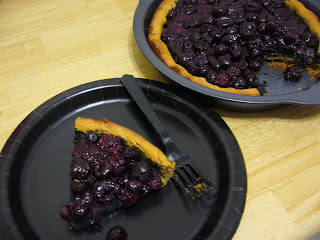 Posted by Domestic and Damned at 7:33 AM