This month's Food n'Flix selection is Tampopo, and is being hosted by Heather of All Roads Lead to the Kitchen

One Movie A Day Challenge part - 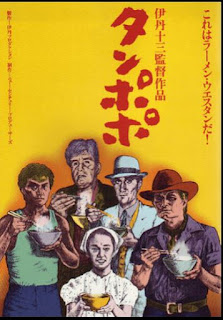 plot: A widow who is struggling with her ramen shop, gets a helping hand from some strangers.

The main story makes sense. And if you've seen the 2008 movie Ramen Girl, which you can basically call a remake, then you're golden.

Now, I said "main story" because, there are a bunch of little commercial breaks that go nowhere and are frealing pointless. Story #2, which is about a couple having an affair and playing sexual food games, is the only thread that actually connects as the one character gets shot on the doorstep of the noodle shop.  Story #3 - is just a dude who goes to the dentist then becomes a predator offering a little kid ice cream while eyeing them in a disturbing way. Story #4- is the zombie wife who wakes from the brink of death to make one last meal for her family. Story #5- is about a con artist who gets arrested in a restaurant. Story #6- is a bunch of business men who are made fools of by their lowly assistant when he is seen ordering a big French meal when none of the rest could read the menu. Story #7- is a grocery store check out guy trying to catch an old woman who keeps squeezing the softer foods.

I was sort of grossed out by the egg yolk scene from story #2, (which ironically lead to some really interesting inside jokes) which is being used as a metaphor for oral sex, along with the scene after it involving just the man eating a raw oyster from the palm of a different woman, teenaged at that. Not saying there wasn't some skill involved in keeping the yolk from breaking but...I really didn't need to see it passed back and forth between the couple's mouths for over a minute. And what the hell did the giant prawn under glass really have to do with anything? Who in their right mind is turned on by a giant sea bug crawling on them?
And story #7 is obviously a masturbation metaphor. Funnier than some of the others.

what did I learn? I officially hate Japanese movies

The Food n'Flix part of the challenge

Right off, I swore to Heather that I would not make ramen for this challenge. That was before I even watched the film, and yes she kept me at my word. I really don't understand why this movie gets praised as such a respectable film? I understand that in the early 80's, real foodie movies were not as popular as they are now, but still. This movie is just weird.

And with that said, I decided to make cookies. My inspiration came from two scenes, the scene where they are making turtle soup, and the guy comments that you should never get your fingers near the mouth because they will snap them off, had me thinking of snapping turtles for hours.  And there are a few scenes where someone is chopping up ginger. So ...gingersnaps.

I took my recipe from Joy of Cooking page 767 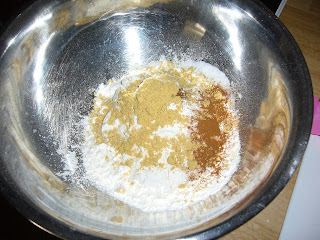 Mix all until blended one colour.
form dough into small balls and place on cookie sheet,
Bake for 12-14 minutes at 325degrees depending on your oven. (recipe called for 350degrees for 12minutes but I found that burned everything too quick) 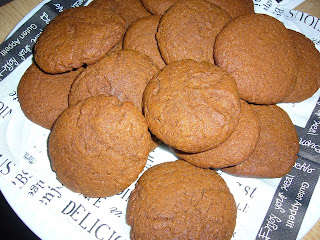 And guess what....May, I get to host once again!  My selection for next month's Food n'Flix is Witches of Eastwick.  I can't wait to see what kind of witch-tastic ideas everyone comes up with.

Posted by Domestic and Damned at 5:54 PM