May Food n Flix round up

This month, I got to host Food n' Flix for the second time. My selection was Witches of Eastwick. (announcement post here) Not at first glance what you would consider a foodie film, but scratch the surface and look a bit closer, there's more food in this film than you would expect.

Our first submission was from Amy at Amy's Cooking Adventures and she made Orange Creamsicle Cookies, inspired by the many scenes of both fruit and cocktails which she combined nicely. 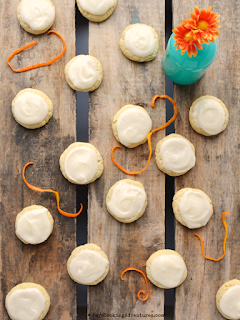 next up we have a Bewitched Cherry Blue-Basil Bourbon Smash, inspired by the second cherry scene, with Nicholson's character in full on rant;  from Camilla at Culinary Adventures with Camilla. 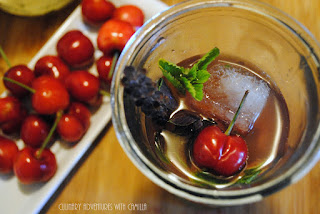 next is the group founder Heather at All Roads Lead to the Kitchen with her offering of Creamed Pearl Onions with Bacon and Brandy, inspired by the scene where Felicia's pearl necklace breaks and she slips falling down the stairs. 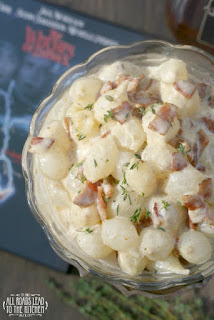 next up is
Wendy at a Day in the Life on the Farm with Zucchini Jam, inspired by the opening scene where Sukie's children are vocal about being given peanut-butter and zucchini jelly. 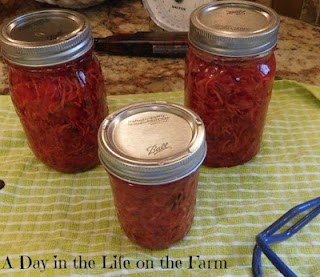 Next up...
Debra from Eliot's Eats made Wicked Fruit, inspired by all the mountains of fruit that we see through out. 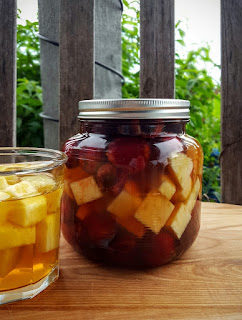 Next up...
Deb from Kahakai Kitchen with Boozy Spiced Cherries with Vodka and Brandy, inspired by the "party" scene where the group are in the pool with the first round of cherries. 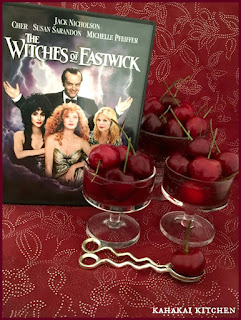 Next up
Evelyne at CultrEatz made Bourbon Cherry-Pistachio Ice Cream. Her inspiration came from later in the film, when the character of Daryl Van Horne is sent out for ice-cream, while the girls worked some kitchen mojo. 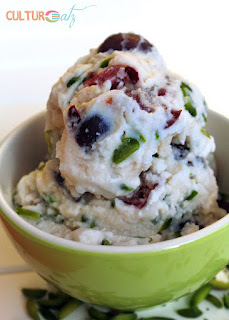 and I offered up my Monty Cristo sandwich. Which was inspired by one earlier scene where the girls are talking about their husbands and playing cards. 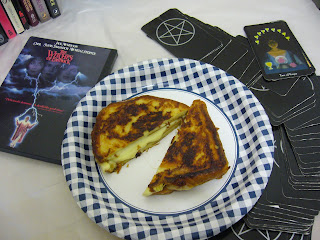 All in all, a great selection of offerings from our wildly wicked group this month. Don't forget to join us in June, with our host Evelyne at CultrEatz and her selection I Am Love.

Posted by Domestic and Damned at 3:52 PM