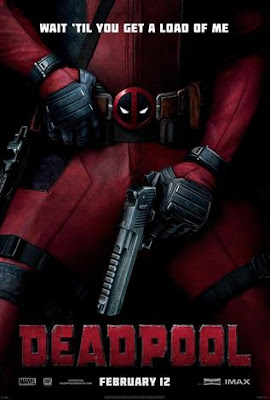 plot:A brute for hire, finds out he has cancer. He gets a visit from a guy claiming he can fix him, and turn him into a superhero. Agreeing to the experimental surgeries, he finds himself tortured and disfigured which triggers a mutation. The mutation leaves him unable to die, and he then sets out on revenge on the scientist who created him.

Based on the comic/graphic novels.

The first 10 seconds I knew I was going to dig this movie, the opening credits even had a sense of humour (starring -The World's Most Perfect Idiot, A Moody Teen, A CGI Character, A British Villain)

This is not your typical superhero movie, and I think that's why it works. More then once, you see him get a ton of weapons together to take into a big shoot out, only to loose the bag of guns. I thought it was both funny, and added to the idea that there was more to the design of the character.
I also loved the fact they tossed in as many references to so many of Reynolds previous works as they could, in such a tongue-in-cheek way. And since this character wears a mask, there were voice overs. I like when a movie you wouldn't normally expect to have dialogue, actually has dialogue. Because of the voice overs, they were able to fit dialogue into almost every corner of the action scenes.

Yes, the violence is jam packed wall to wall, but it's done in a tone that lets you know it's a comic book film. It's not too gory in other words. It's a revenge film, but and I love getting to say this, it's a Frankenstein film! He's kind of this lost soul to begin with, and once all the experiments are done to him, he becomes something else. This unstoppable creature that, thirsts for revenge. Humanity pretty much left the building.

what did I learn? This might be a "guy's movie" with the raw sex scenes, extreme violence and extreme swearing, but I've never seen an audience filled with so many other women since I went to see the first Sex and the City movie.  Ryan Reynold's naked arse might have something to do with it.

Posted by Domestic and Damned at 6:33 PM