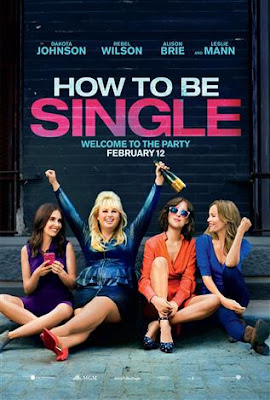 plot: A group of single women deal with the ups and downs of finding themselves and new romances.

This is based on the book.

This is listed as being the number one comedy in Canada right now, and honestly, I have no idea why?  It wasn't funny, at all. I did not laugh, neither did anyone else in the screening room with me today.

This follows two sisters, their best friend, and a chick they sort of know through their bartender.  It wants to be Sex and the City, but it just doesn't hold up.  The whole time I kept thinking about other movies in this vein like He's Just Not That Into You, Valentine's Day and New Year's Eve.  Most of which, I just didn't care for. And I thought it could have been 10 minutes shorter then it was, the ending just dragged on.

The male characters that drift into their lives are sort of one dimensional, the bartender who can't commit and sleeps with the main character, the ex boyfriend who doesn't know what he wants, the single dad who's too afraid of his past, and the younger man who is too eager to jump into things. It just left me feeling like I had watched a bunch of SATC table scraps.  It kinda comes as no surprise the writer of He's Just Not that Into You wrote this, as well as the same production company having been behind it.

what did i learn? We don't need anymore New York based SATC knockoffs.

Posted by Domestic and Damned at 5:10 PM